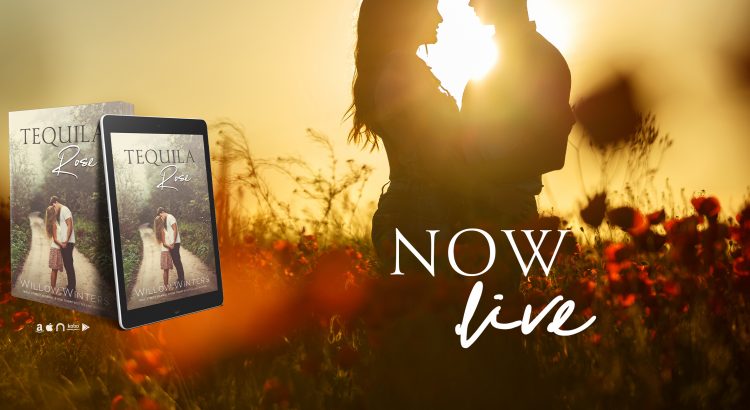 It’s release day and I am so happy! Tequila Rose is on sale now!

Snag a copy here https://geni.us/Zi0eahr
Audio listeners! Check it out! Sebastian York and Lidia Dornet narrate: https://geni.us/GiNVd
Once again Willow Winters created characters that the reader instantly falls in love with while at the same time hooking them into a storyline and not letting them go. This might be a quick read but it certainly leaves you breathless and at the same time hanging on for more. – Nicki – The Overflowing Bookcase

This will captivate you from the first page & leave you wanting more at the last one. The chemistry between these two is off the charts hot. This is a well written & very entertaining story. – Paulette Alphas Review

He tasted like tequila and the fake name I gave him was Rose.
Four years ago, I decided to get over one man, by getting under another. A single night and nothing more.
I found my handsome stranger with a shot glass and charming but devilish smile at the end of the bar. The desire that hit his eyes the second they landed on me ignited a spark inside me, instant and hot. He was perfect and everything I didn’t know I needed. That one night may have ended, but I left with much more than a memory.
Four years later, and with a three-year-old in tow, the man I still dream about is staring at me from across the street in the town I grew up in. I don’t miss the flash of recognition, or the heat in his gaze.
The chemistry is still there, even after all these years.
I just hope the secrets and regrets don’t destroy our second chance before it’s even begun.
Get Tequila Rose, on sale now!