For months, misinformation about me has been circulating in this community. I can no longer endure it and I need to correct the record.

First things first, it has come to my attention that a false allegation has been made about me and the subject of childhood sexual abuse (CSA). As a survivor of CSA, I would never ask someone to prove to me that they had been abused. The fact that this accusation is out there, in light of my background, offends me to my core.

In February of this year, I defended multiple authors against false allegations of, quote from the accuser, “word for word” plagiarism – and they are indeed false. Here is a screenshot of the admission that there was no plagiarism.
This is the original messaged sent to the author accused (Amber) and as you can see in the 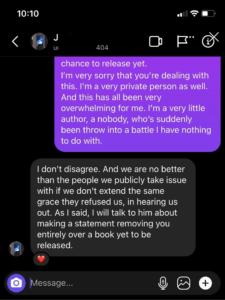 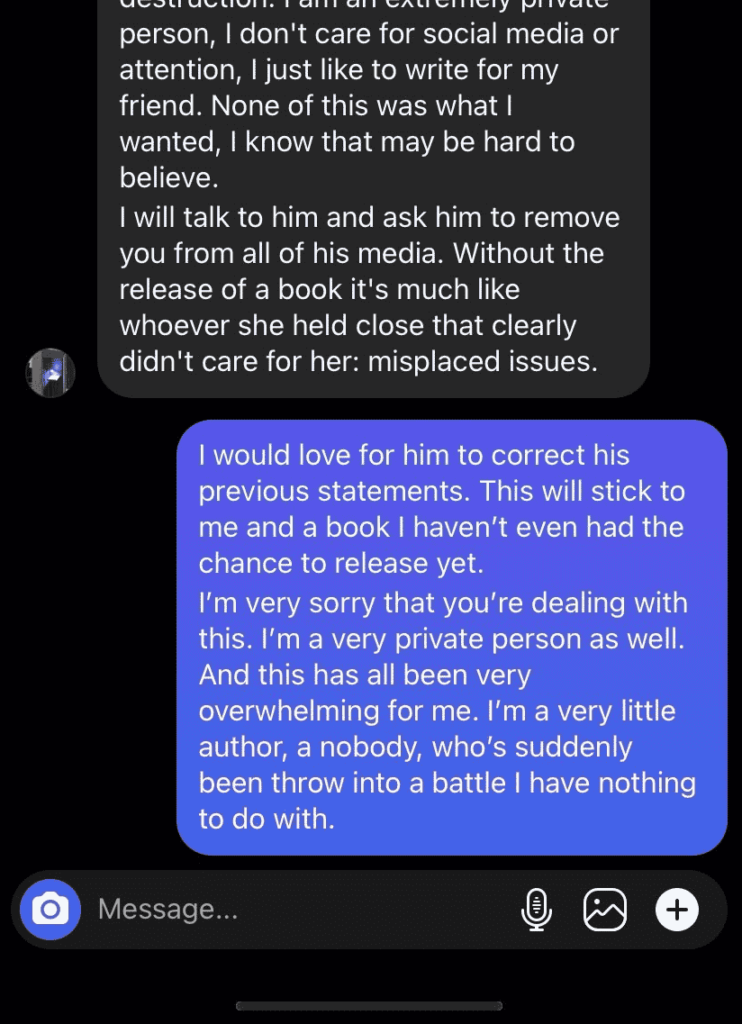 They would however not clear her name. 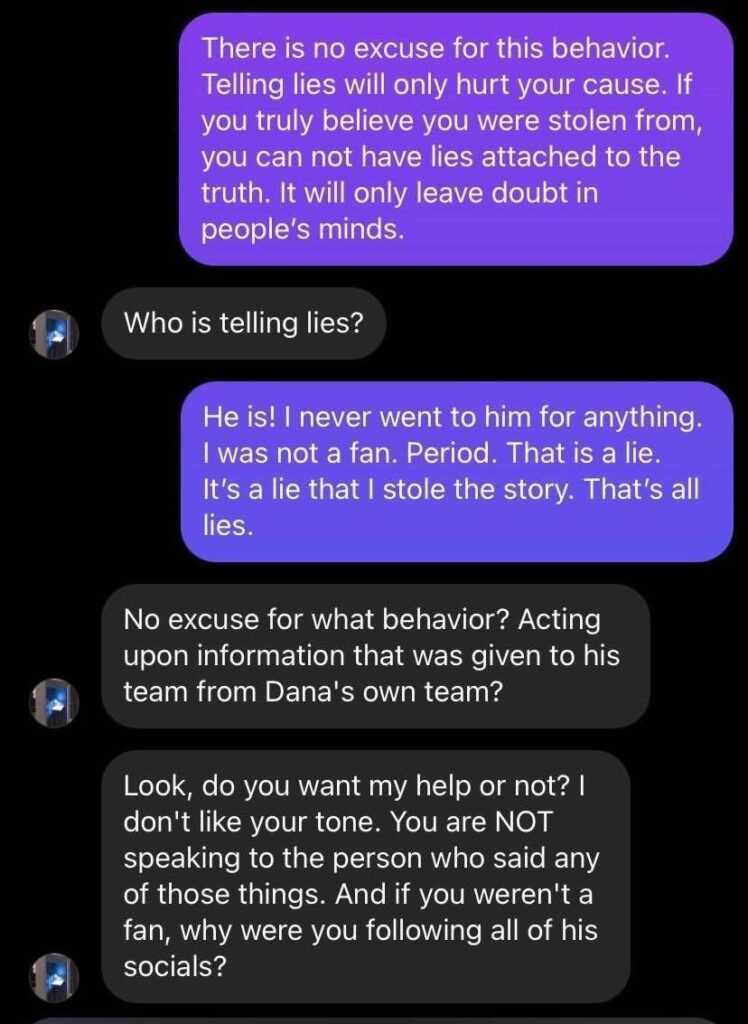 When allegations moved from plagiarism to CSA, I wanted no part of it.

After I wouldn’t contribute to the conversations surrounding the allegations regarding CSA, false allegations were thrown at me.

These misrepresentations of my previous statements against me have included manipulations blatant and extreme.

For instance, one manipulation involved a video of me saying, “if someone tells you an author plagiarized, you should ask for proof.” The video was spliced to misrepresent what I had said which was in reference to plagiarism not CSA, and the claim was made that I was saying the community should ask for proof of CSA, which I have never and would never do. If I haven’t already been clear about this, let me be clear one last time. I have never and would never request proof of CSA.

In fact, I’ve written a book where a woman killed herself because people did not believe her after a CSA. And another where she was suicidal due to childhood abuse and CSA. That is how strongly I feel about this topic and to be labeled an ableist due to these misrepresentations is deeply upsetting.

There are also concerns about a tweet made in this 2 day timeline.
I tweeted ”the real question is can I forgive you if I also hope you get hit by a bus.” This is not a threat towards anyone and is a statement of frustration with my own abusers.

Further lies have been spread that the tweet was aimed at a narrator which has now changed into another lie that it was aimed at a reader. Both statements are false and anyone who reads this tweet would know that it is not a threat nor did I wish anyone dead. It was a poor choice of words, and I am sorry for that.

I let my emotions get the best of me during this two day period out of my six year career.

The people who made these false claims have continued to lie and pursue harming my career throughout these months and I cannot endure any more. I have begun the legal process and I will be as transparent as I can be.
I don’t know how else to rid myself of these false accusations other than by being this transparent.

This situation has become far too personal and the lies about me are unacceptable.

To clear up the most recent issue, discussions have arisen about me and an audio app Verba.

I was approached to advise a startup audio app. I believed in what they envisioned and was asked to be an advisor. I love to help and I thought this could be such a wonderful thing for authors and readers alike.

I hadn’t even started with this app; I wasn’t involved with any decisions for anything but they wanted me to help market the launch and I was happy to do that. I want to state very clearly Verba was aware of all of what I have described above prior to launch, including my CSA.

Imagine my surprise at the response from certain individuals on the Verba team claiming there were attempts to dissociate and any wavering of support towards me.
To clear up any misunderstandings. Here is the screenshot from the email prior to launch.

And this is what I was sent the night after the live launch. 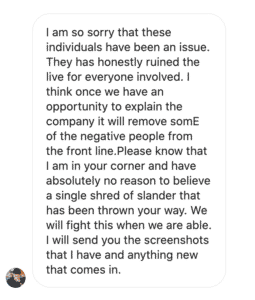